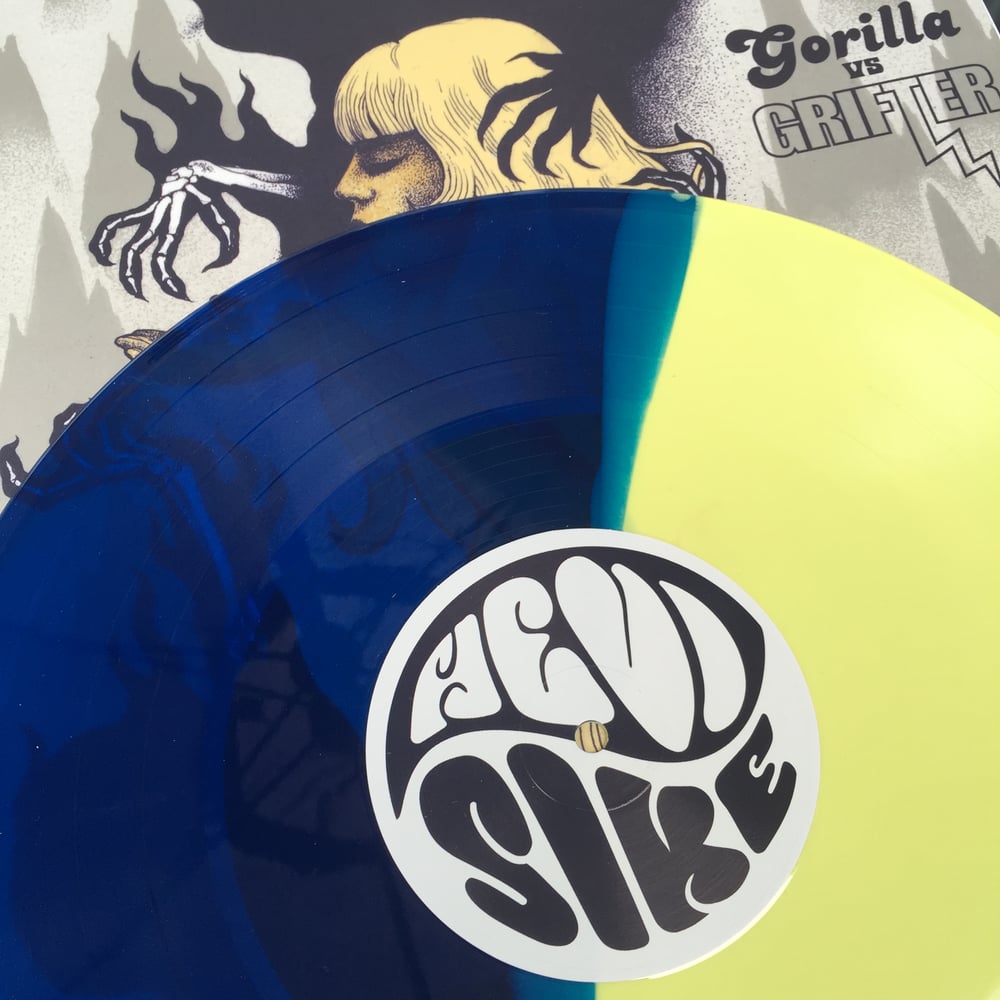 A new split album from two of the UK’s hottest power trios.

Gorilla vs Grifter will be the second in a planned series of split albums released through HeviSike, following 2015’s Mos Generator // Stubb split release.

The album has been mastered by Tony Reed (Mos Generator) and features a unique cover designed by Dutch artist Maarten Donders, known for his poster designs for Blues Pills and Roadburn Festival amongst others.

Available as a limited edition vinyl record in two configurations;

Stream one of the new songs from Grifter at TheObelisk.net:

"The visceral punch and groove of Gorilla and the huge, beautiful blues-infused stoner rock of Grifter perfectly complement one another and this is one split release that fans will play from start to finish" - SonicAbuse

"like being in the middle of two bawdy dudes who want to go out, get shit-faced and have a good time. And you’re coming with them. Whether you like it or not!" - The Sleeping Shaman

""Here we have a couple of power trios forged in the classic mould, doing their best to keep the filthy sounds of biker rock fully revved and revolting." - Echoes and Dust

"The title to this superb split is Gorilla vs Grifter so it could be assumed that this is a competition and that a winner should be chosen. Well in my humble opinion there can only be one winner here... the listener!" - Desert Psychlist

"Heavier than Giant Haystacks' coffin, grimier than Albert Steptoe's fingernails, and with more groove than Vanilla Ice's tramline haircut, chaos has sunk its teeth into this fine slab o' wax... and it's looking for elevenses..." - UberRock

"Gorilla and Grifter give their all, rock out and do themselves proud." - Ninehertz

"Don’t expect processed sounds, glitz and gloss: this is the best kind of dirty and gritty rock, like rolling around in a mud puddle of grooves and riffs. A definite must if you like your rock from the rough and rowdy side of town." - Rock And Roll Music Blog

"There isn't a dull note on Gorilla vs Grifter; the split serves as an introduction to two really interesting stoner rock outfits that offer much more than you might expect. Filthy riffs, grooves and brilliantly heavy rock n roll; in short, it's Ace!" - Atom Heart Mutha

by Gorilla and Grifter 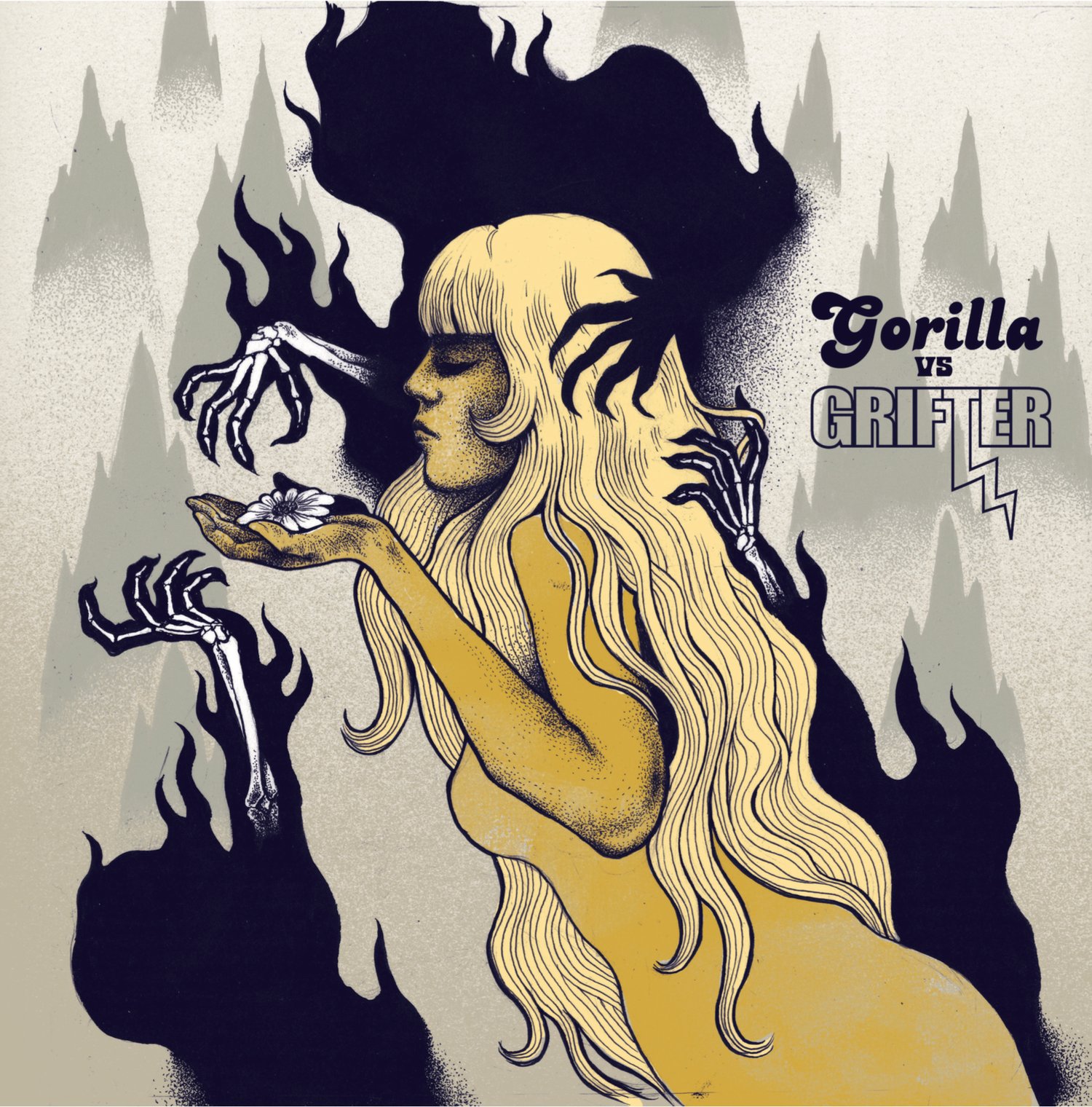 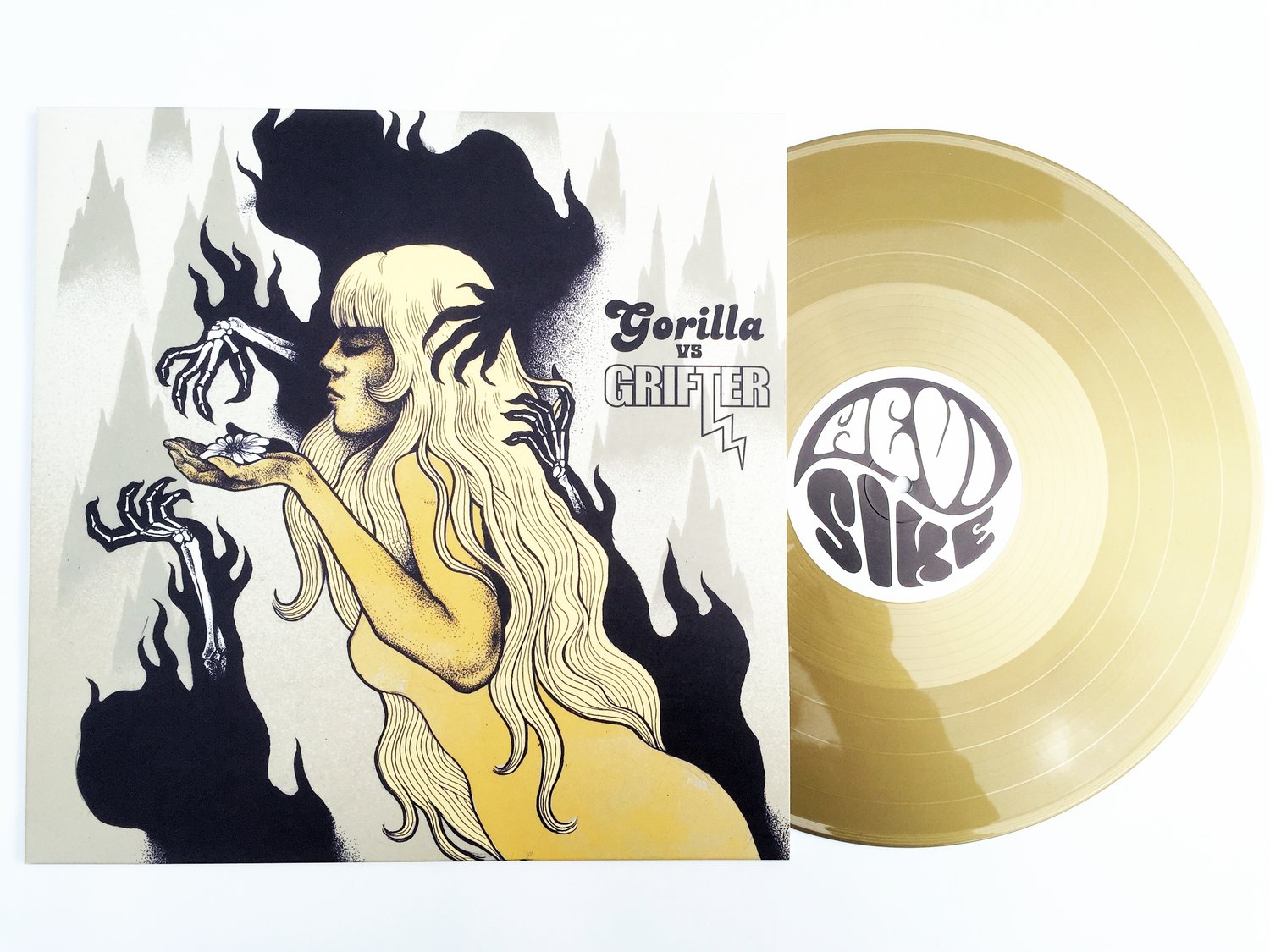